The Practice was formed in 2004 by Alun Nicholas, a Chartered Architect from the Welsh School, previously raised in Stourbridge. The Practice is an RIBA Chartered Practice, having been a Registered Practice since inception prior to the Chartered scheme being initiated.

Alun’s previous experience included early part time work with a sole trader Architect where valuable detailing and on site skills were laid down, followed between degree courses by some 18 months with Broadway Malyan in Surrey which was at that time one of the largest Practices in the Country. Prior to qualification Alun therefore had hands on experience at the two extremes of the Architectural profession which he maintains has been a strong foundation to his career. Choosing Cardiff and the Welsh School, Alun was subjected to a science based first degree giving a practical approach to design, and their ‘fast track’ Part II RIBA qualification. The second degree took only from September through to the following June, rather than the two years academic study necessary at other institutions, certain preparatory work having been undertaken during the ‘year out’ between degrees; Alun is therefore no stranger to intensive work and deadlines! Graduating from his second degree during the summer of 1991, Alun found himself in the midst of recession and with the promised position at Broadway Malyan no longer available, that company having halved in size in the intervening period. Whilst it took four months, Alun persevered with job applications Countrywide as far afield as Cockermouth in the north and Lewes to the south. Finally, in the period of one week he received offers of two temporary six month positions and a permanent position, the latter being no more distant than three miles from his home. Opting for the permanent position, but mentally treating it as a temporary one until times improved, Alun started work with Level Seven Architects, formerly of the Waterfront at Brierley Hill …and remained there for the best part of 14 years!

Benefitting from his experiences, Alun was one of only three of fifty three of his original college year with sufficient experience to sit his Part III Professional Practice examinations at first opportunity, which he passed and was subsequently elected to full RIBA membership late in 1993.

Progressing at Level Seven to final position of Senior Associate, Alun’s experience encompassed many prestigious and large scale projects, the Waterfront Office complex at Brierley Hill, St Chad’s Court Offices in Edgbaston, The Fort Retail Park, Kennedy Tower (now Snowhill Plaza) and Regency Wharf leisure complex all in BirminghamÂ  to name but a few. Contact with the Clients for these projects, for example, Richardson Developments, Cordwell Group and the Hilstone Corporation were at the highest level.

Alun’s motive in setting up his own Practice was initially to downsize his works, working from home, having always carried out smaller, non conflict of interest projects in his own right. However, the early patronage of property developer and former Client, the late Dick Hickton, who chose Alun for various projects including the extension of his Grade II Listed manor House home, and the onward recommendation by him to other corporate Clients, saw Alun taking on both staff and separate premises rapidly thereafter.

Permanent link to this article: http://arnicholas.info/about/

Benefits of using a Chartered Architect

WHY USE AN ARCHITECT? The following is intended primarily for the prospective one time Client for relatively small or domestic work. The Commercial Client will hopefully have sufficient experience to already know the benefits of using an Architect. The term ‘Architect’ is protected in law under the Architects Registration Act 1997 and anyone calling themselves …

History of the Practice

The Practice was formed in 2004 by Alun Nicholas, a Chartered Architect from the Welsh School, previously raised in Stourbridge. The Practice is an RIBA Chartered Practice, having been a Registered Practice since inception prior to the Chartered scheme being initiated. Alun’s previous experience included early part time work with a sole trader Architect where …

I needed a company name when I incorporated my business and no such decision is taken lightly by an Architect, its the curse of being a comprehensive designer. I struggled for a long time, nothing seemed to fit and I didn’t want a Ltd Co that used my name. Eventually I recalled at the age … 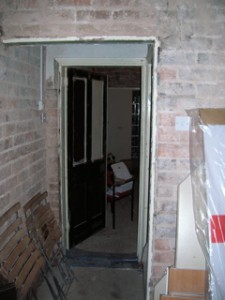 The Practice’s new offices will be the result of a local development opportunity identified and purchased by Alun. A virtually derelict late 19th Century dwelling house with separate side access to some 600 square feet of external offices is currently ‘on site’. Initially, the refurbishment and subsequent letting of the house was to finance the … 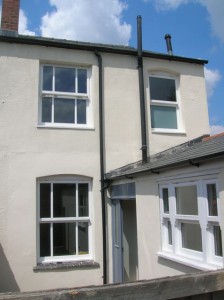